My Progress with Hand Lettering

I started hand lettering about a year and half ago, and I thought it would be fun to see the progress I’ve made by comparing my early, crappy work to my recent work. I started hand lettering because a coworker of mine is a great letterer and I was inspired by the drawings he would make. I tried a few of his pens and found that trying to recreate the words he drew forced me to focus on the shape of the letter and the movement of the pen, which was intoxicating and meditative. So I bought a few pens and started practicing. Here’s the progress I’ve made so far. 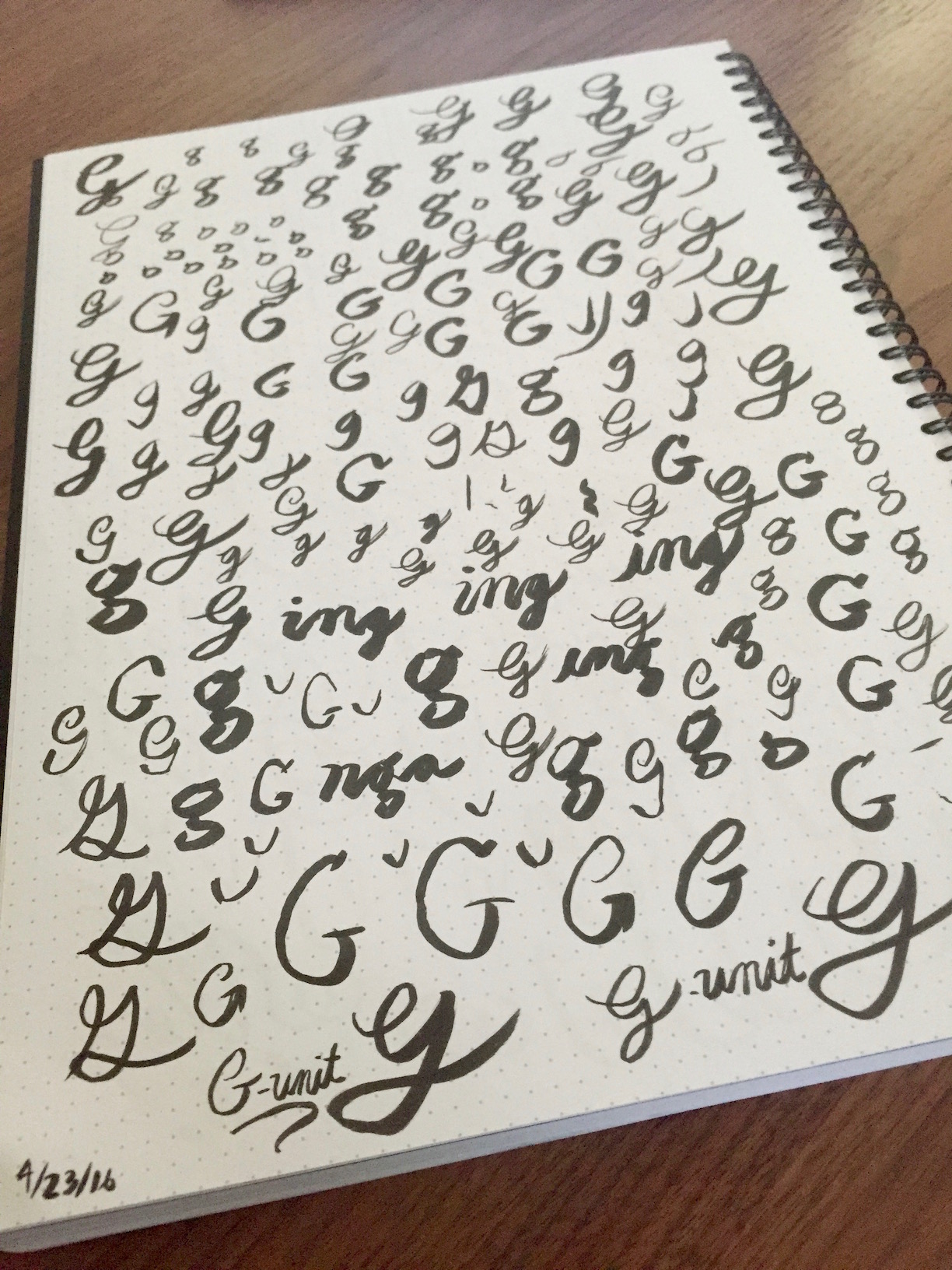 A bunch of shitty G’s. Poor control of the pen; poor letter shapes. 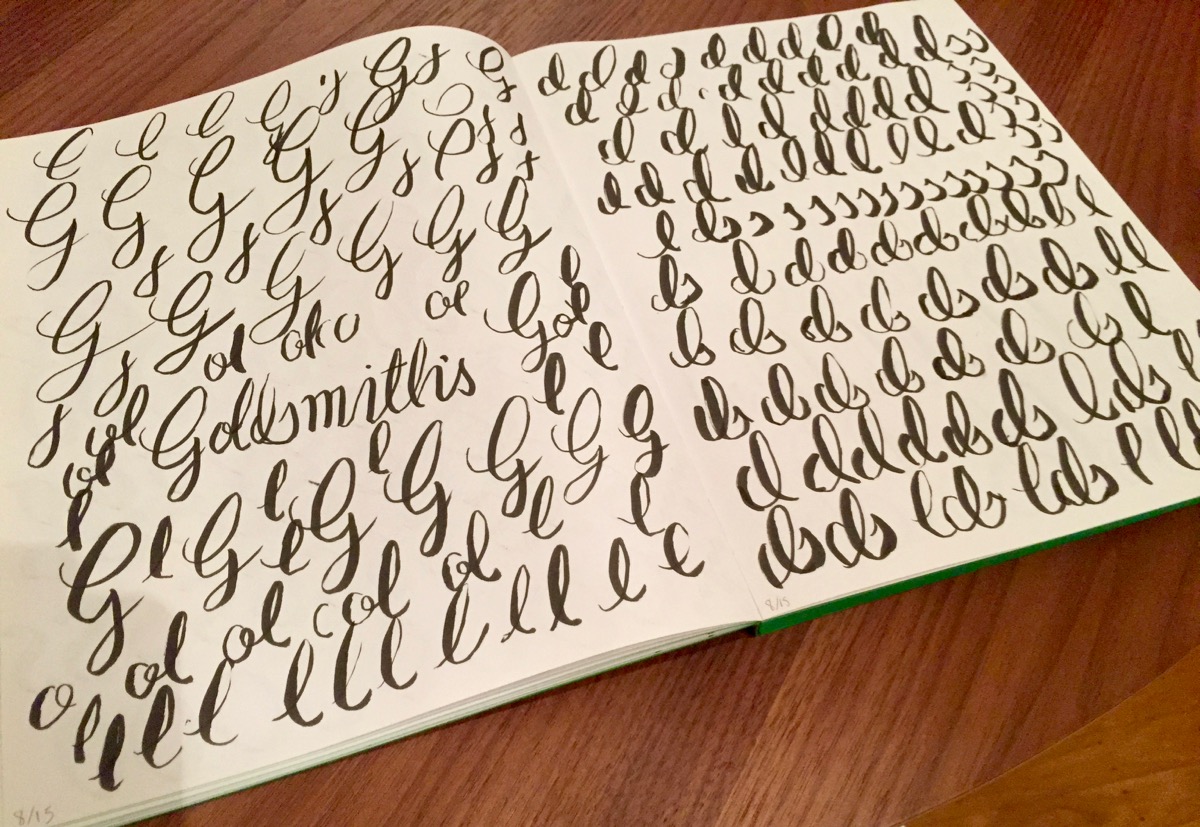 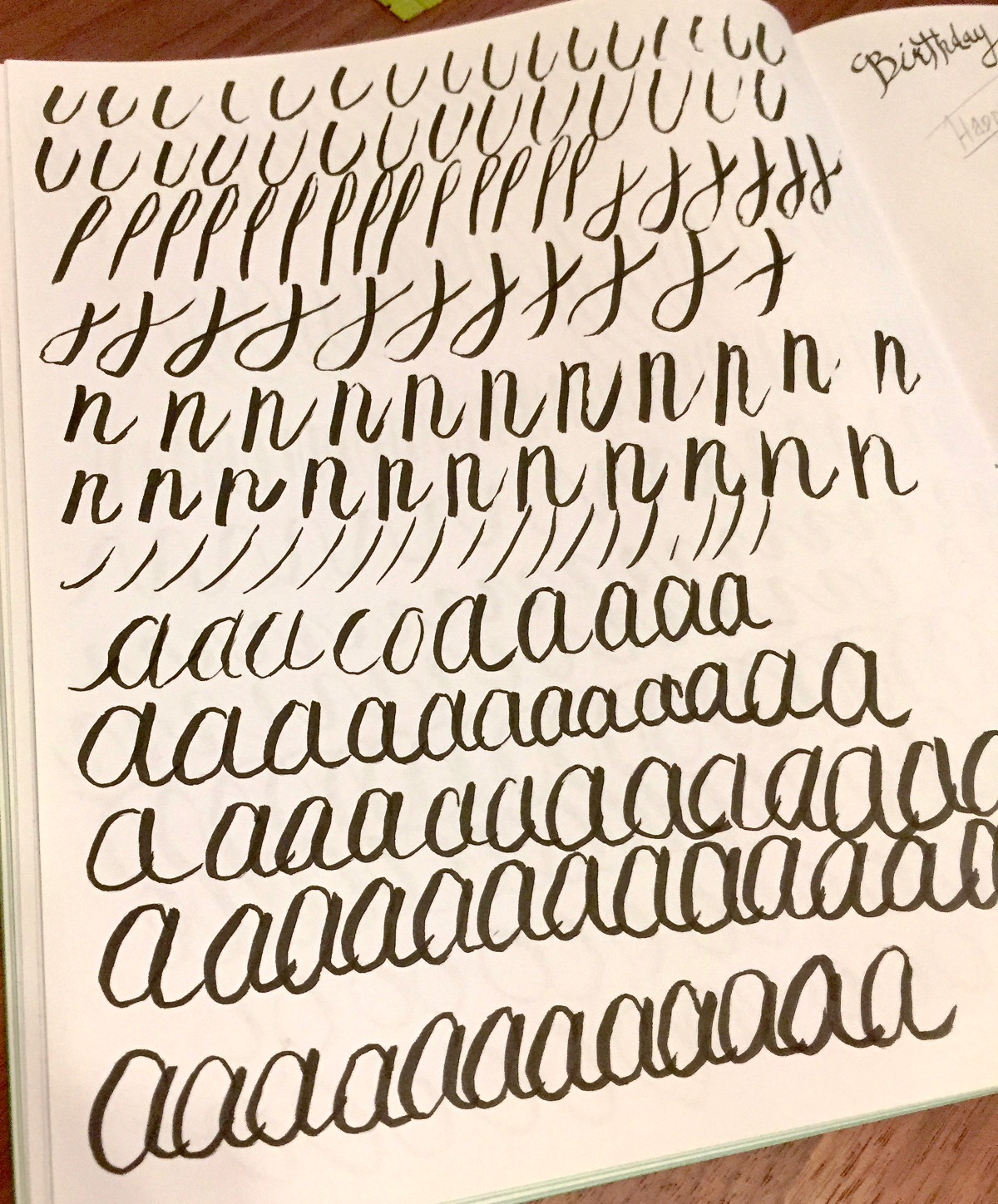 A lot of really inconsistent and shaky “a’s” and “n’s”. 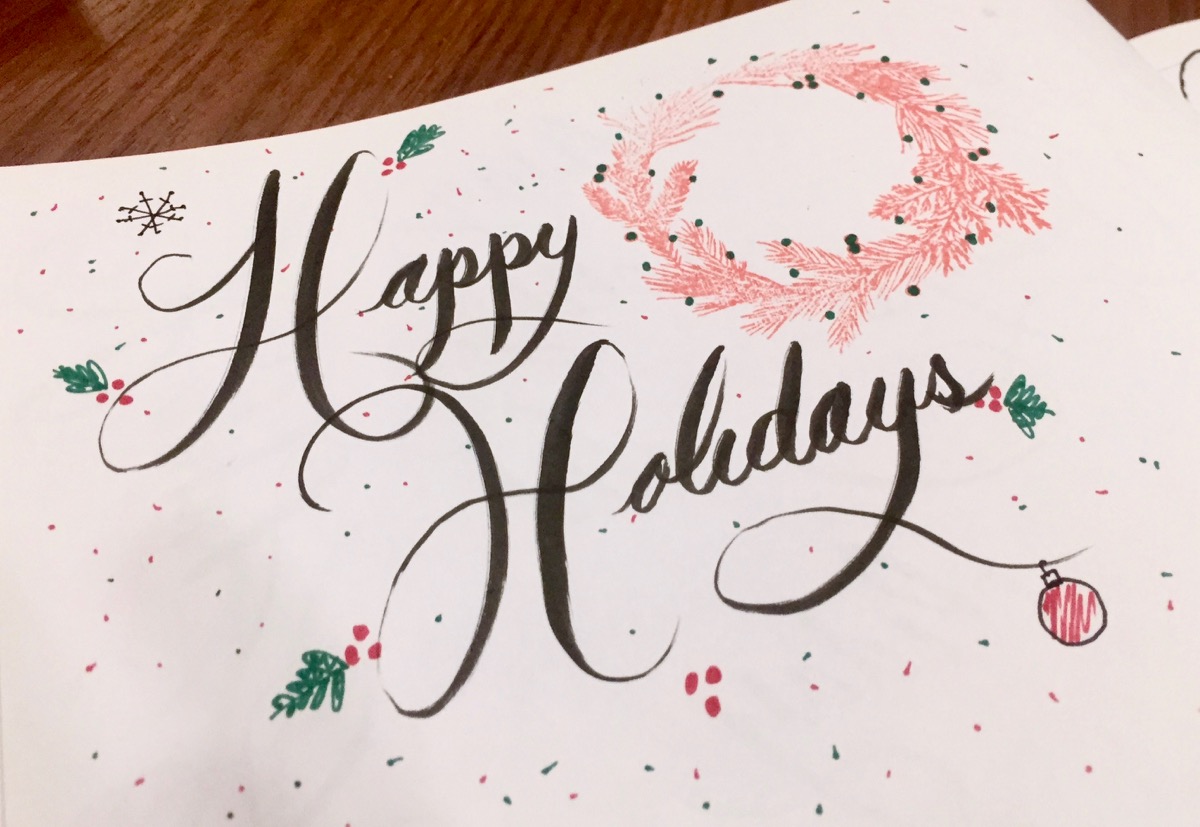 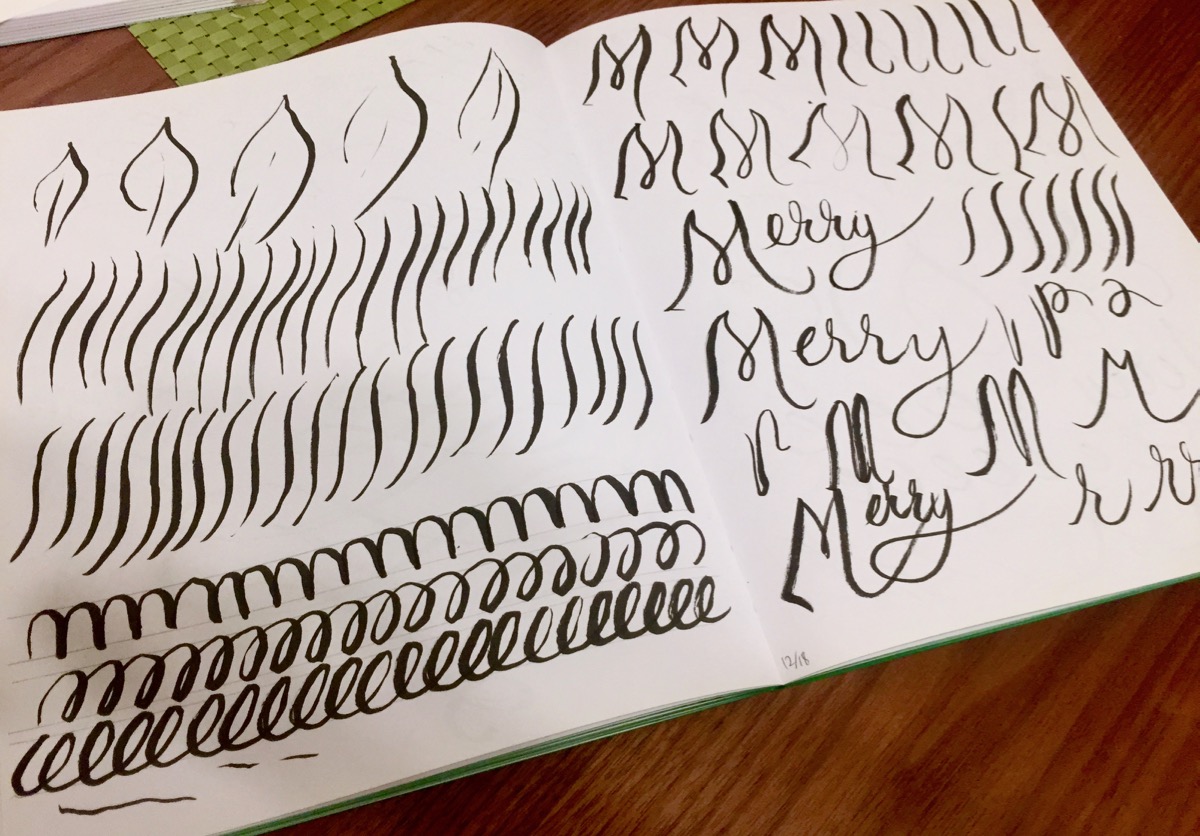 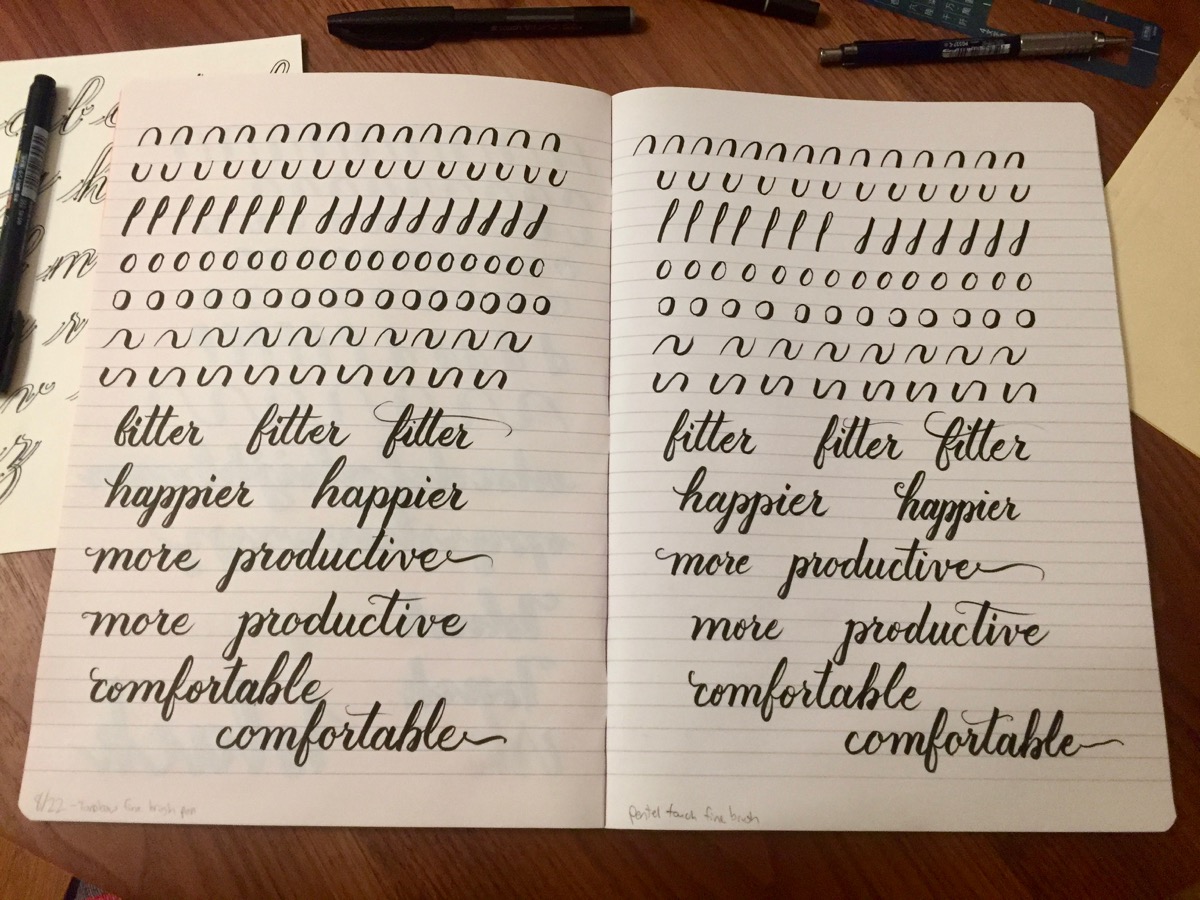 Much cleaner and smoother. Better loops and letter spacing. You can also see my warm-ups at the top :) 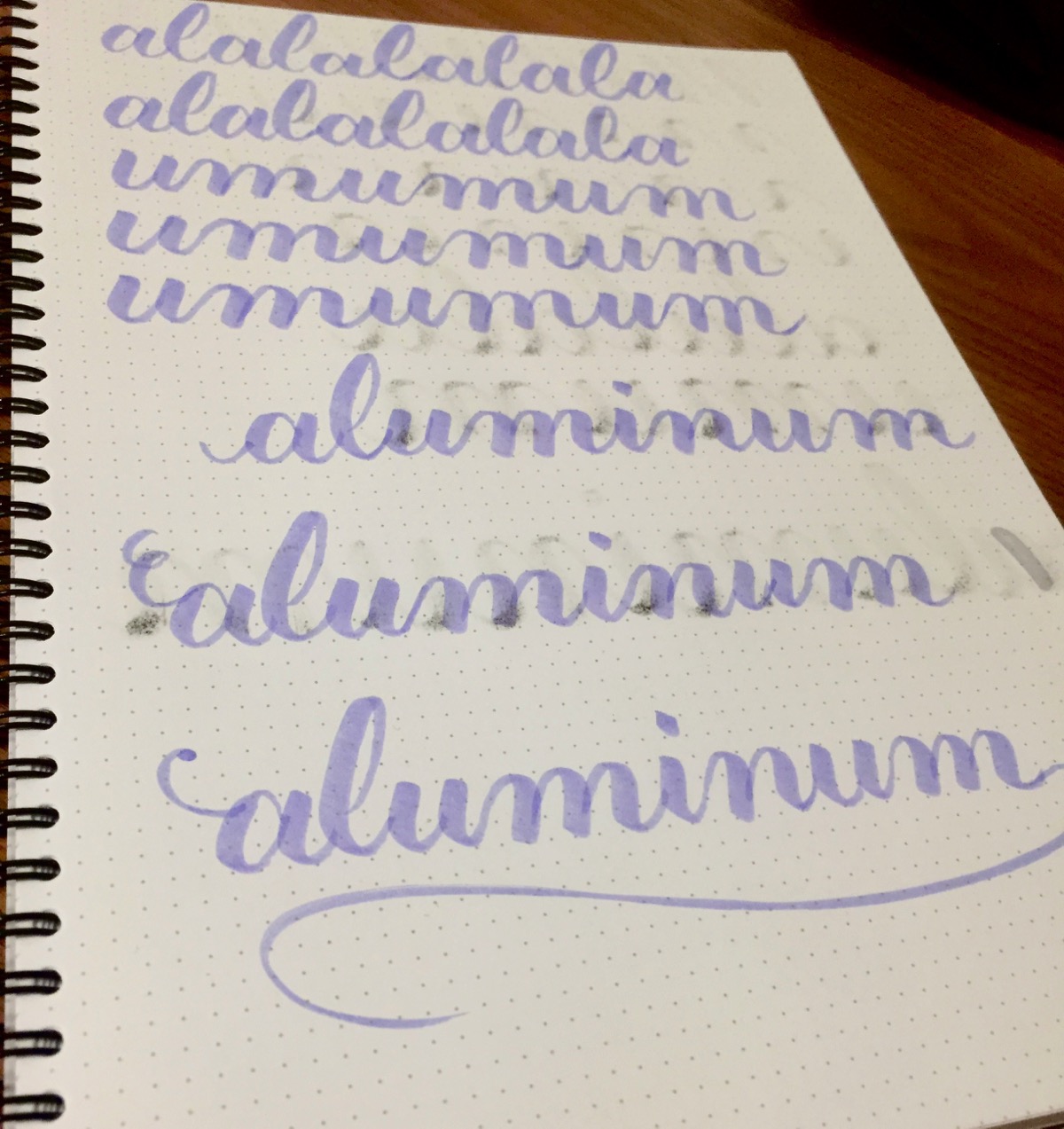 Better spacing, and fairly consistent thicks, thins, and letter shapes. I like drawing “aluminum” because it has a lot of repeating letters and shapes that require consistent strokes and spacing.

I still have a lot of room to improve, but compared to a year ago I’ve made a lot of progress. You can see all of my work at http://jlzych.com/scribbles.