How to Say No to Your CEO Without Saying No

Shortly after I rolled out Optimizely’s Discovery kanban process last year, one of its benefits became immediately obvious: using it as a tool to say No.

This is best illustrated with a story. One day, I was at my desk, minding my own business 🙃, when our CEO came up to me and asked, “Hey, is there a designer who could work on <insert special CEO pet project>?” In my head, I knew it wasn’t a priority. Telling him that directly, though, would have led to us arguing over why we thought the project was or was not important, without grounding the argument in the reality of whether it was higher priority than current work-in-progress. And since he’s the CEO, I would have lost that argument.

So instead of doing that, I took him to our Discovery kanban board and said, “Let’s review what each person is doing and see if there’s anything we should stop doing to work on your project.” I pointed to each card on the board and said why we were doing it: “We’re doing this to reach company goal X… that’s important for customer Y,” and so on. 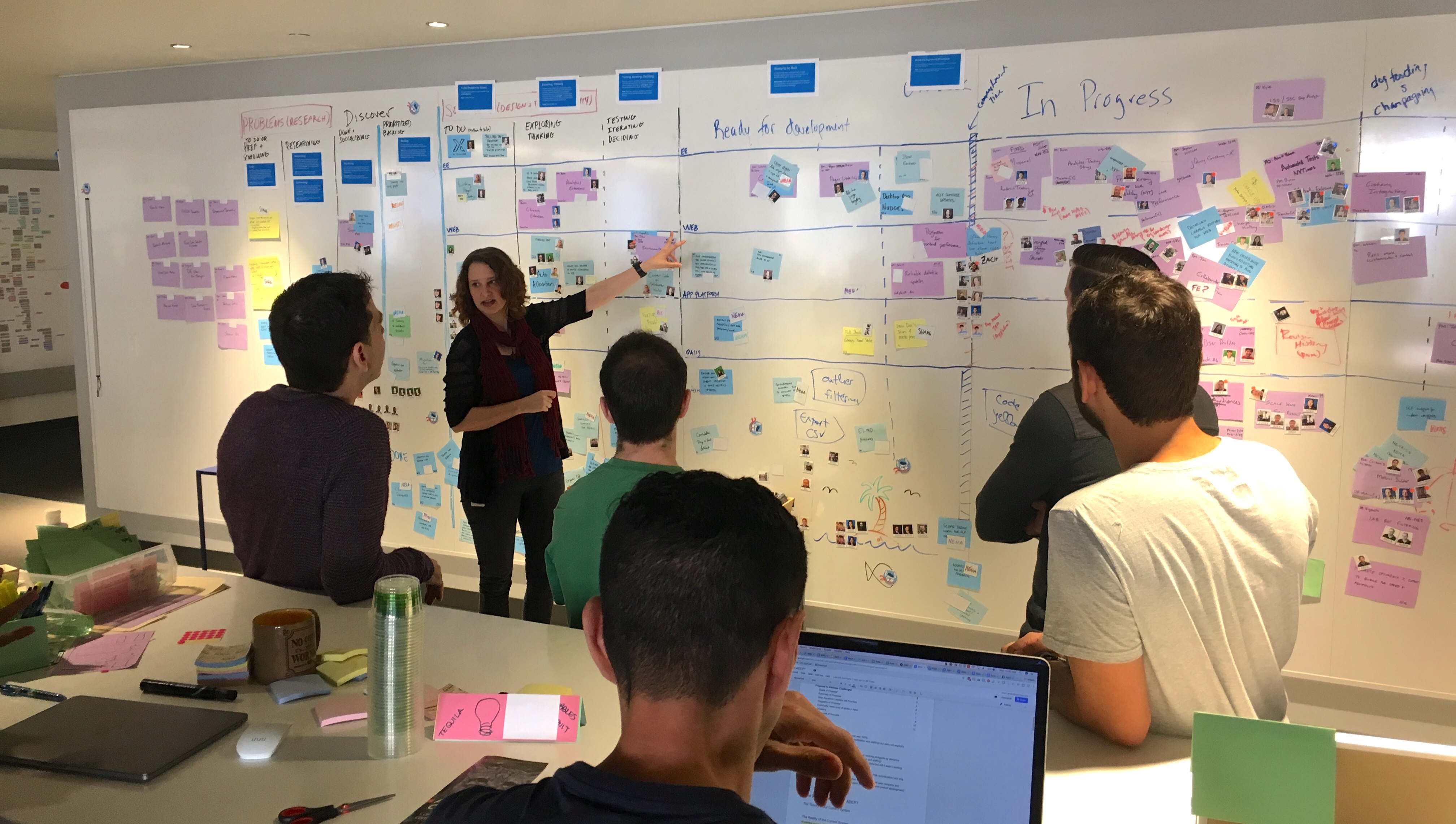 Optimizely’s Discovery kanban board in action

When we got to the end of the board, he admitted, “Yeah, those are all the right things to be doing,” and walked away. I never heard about the project again. And just like that, I said No to our CEO without saying No.

Previous article « Artists don't distinguish between...
Next article My Progress with Hand Lettering »