I build high-performing design teams by uniting them around a common Purpose, defining their Processes, and growing People. I did this most recently at Gladly and Optimizely.

The first time I uploaded an HTML file — a file of plain text — to a server and loaded it in a browser (IE 5), I was hooked. Anyone, anywhere in the world, could see what I had built. I had found the medium I would build my career on — the World Wide Web.

Ever since that moment, I’ve defined my career by straddling the line between design and code. I got my start building websites in high school, back when there was no distinction between “design” and “development,” and CSS wasn’t a “thing” yet. I indulged these twin interests by studying graphic communication and computer science at Cal Poly.

After college I went down the programming path by joining Cityspan as a Data Warehouse Developer. I built data models, database queries, reports, and UIs to access data. From that experience I discovered I could spend weeks tuning a SQL query to run faster, and customers would barely notice, or I could make a small tweak to the UI and get heaps of praise from customers. Which path would you pursue?

To further my design education, I studied user-centered design at UC Berkeley’s School of Information. While there I learned about research methods, prototyping, testing, sociology, law & policy, behavioral economics, and more.

I also took a class applying the learnings from behavioral economics to websites via A/B testing, which led me to join Optimizely after graduating. While there I continued moving between code and design, eventually becoming the Head of Design, leading a team of Product Designers, UX Researchers, and UI Engineers. In that role I integrated research and design with the engineering team's Agile delivery process, which helped teams focus on solving the biggest customer problems, and doubled the throughput of the design team. I also led the design systems team, which further brought design and engineering together while improved the quality of our UI.

After 5 and half years I was ready for a change, so I switched out of management and back to being a Product Designer at Casetext, where I helped build modern, easy-to-use legal tech tools.

That experience showed me my true strength and passion is in building and developing design teams. I'm a better coach than player. More of a Brad Gilbert than a Federer (or a Phil Jackson, not Jordan, if basketball is more your thing).

Most recently I led the product design team at Gladly. When I joined, the team produced good work that was easy to use, and they worked well with their cross-functional peers. My challenge was to take the team from good to great.

That culminated in me working with the team to define the product's personality in order to forge a positive emotional connection with users, making the product more pleasurable and unique.

I also improved how teams designed & built features by documenting our end-to-end product development process, and defining the RACI for each stage. I also led the design systems team, which improved product quality, and increased the speed of designing and building UIs.

Outside of work I like to play tennis, music (guitar, bass, and drums, but I’m pretty rusty now), hand letter, write, and spend time with my lovely wife eating, drinking, and traveling. 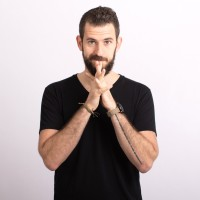 VP of Product and Design at Gladly

Jeff is thoughtfulness and empathy incarnate. Yes, he's a very thoughtful designer and a skilled leader of design teams. But while managing him at Gladly, I saw how, into that package, he also packs: a prolific, precise writer; an analytical product manager (as he ran our design systems product team); a dedicated, disciplined people manager. You should work with Jeff and see it in practice. 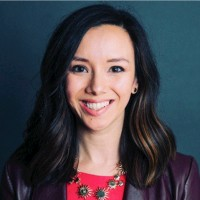 As Optimizely's design lead, Jeff had a significant impact on the product, team and company culture. Responsible for design, research and UI engineering, Jeff was instrumental in delivering a "consumer-grade" user experience to Optimizely's customers. [...] I was especially impressed with his hiring and team building skills; he put tons of thought into our interviewing and on-boarding processes, which lead to a happy and effective design team.

A Few of My Beliefs About Design 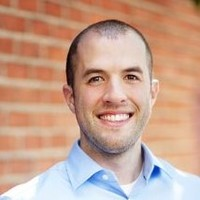 Jeff is a strong design leader who helped build Optimizely's design team from scratch. He knows how to hire & manage a design team, make them effective & efficient, and keep them happy. He has a strong understanding of user centered design and what it takes to ship great user experiences. He's also a pleasure to work with and a strong addition to any team.

Jeff was my manager at Gladly and I had a great experience with him! He made many improvements to our design team and framed our weeklys to share knowledge, frameworks, and build team harmony. He always supported me and did what he could to unblock me. I always looked forward to our meetings and would recommend him to help build any design team.

You can find me on Twitter, Instagram, Medium, LinkedIn, Github, and Gmail (jlzych@). View my full resume online.